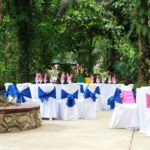 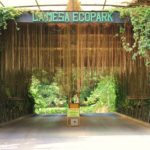 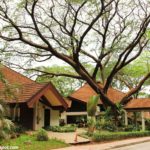 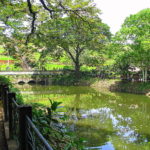 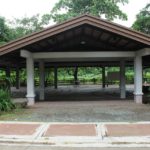 The park was inaugurated on April 28, 2004 and is a product of the joint effort of the Quezon City government, MWSS (the water supply government agency), and ABS-CBN’s Bantay Kalikasan Foundation, among other donors.

To sustain the Save La Mesa Watershed Project, Bantay Kalikasan, in partnership with the MWSS and the Q.C. Government, rehabilitated and renovated a 33 hectare public park located right outside the natural boundaries of the watershed and 40 meters below the reservoir. In September 2004, it was renamed La Mesa Ecopark and reopened to the public. All income generated by La Mesa Ecopark is utilized for the continuous preservation and protection of La Mesa Watershed.

The La Mesa Ecopark provides healthful outdoor recreation and a true forest experience. It is a living classroom and laboratory for environmental education and aims to be a center for biodiversity conservation. Today, the park continues to be a popular destination for photography shoots, family outings and picnics, and educational field trips. In fact, it doubled visitor traffic – from getting 155,666 in 2005 to 281,846 in 2006. The Association of Tourism Officers of the Philippines (ATOP) in coordination with the Department of Tourism nominated the Project in August 2006 for their Best Tourism Practices Awards. In 2007, the Department of Tourism again nominated it as an official candidate for the prestigious Pacific Asia Travel Association (PATA) Awards, Environment Category.

Because of its success and popularity, La Mesa Ecopark has become a center for Bantay Kalikasan’s environmental advocacies and causes. It has contributed to the program’s growing national prominence as the premier media-based environmental organization in the country.The Park has also been chosen as the venue for many prestigious environmental events, some of which were: Launch of President Gloria Macapagal-Arroyo’s 20 Million Trees for Life Project (18 July 2007); USAID and USDOE’s Environmental Summer Camp with Ambassador Kristie Kenney as guest of honor (20 April 2007); and Ms. Philippines Earth Candidates’ Environmental Tour and Treeplanting (13 April 2007).

La Mesa Ecopark continues to be a venue for both recreation and raising environmental awareness.