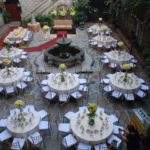 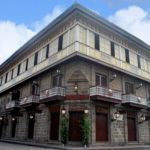 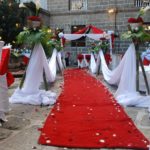 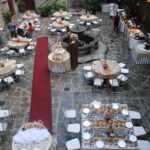 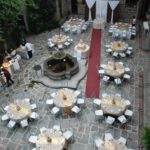 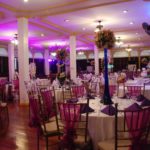 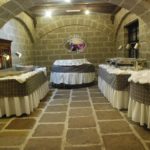 Spanish culture, architecture and arts is showcased in Intramuros, Manila- as a legacy for the pilipino people.

In the 1970s, the Intramuros Administration marked out an historical district in Intramuros, named Barrio San Luis after one of the seven barrios or subsections of Intramuros. The heart of this barrio along Gen. Luna Street and beside the San Agustin monastery are five houses: Casa Manila, Casa Blanca, Casa Urdaneta. Los Hidalgos and El Hogar Filipino. None of these houses trace to the colonial period because they are post-1970s reconstructions of colonial dwellings. When completed the barrio will have a total of nine houses representing different periods of colonial architecture.

The lead house Casa Manila is based on a residence originally located in Binondo. It is a two story house with a mezzanine or entresuelo (literally between the floors), which serves as an office and a small residence, generally occupied by a relative of the house owners. Casa Manila is a lifestyle museum displaying colonial furniture, collected from different house, one of which was the Hidalgo house in Quiapo, which was demolished during road expansion and the construction of the Nagtahan flyover.

Beside Casa Manila are two other houses, one based on a 1750s residence formerly on San Francisco Street and an early 20th century house, showing art noveau and art deco influences. The upper floors of these houses are used as a restaurant. The ground floor of the whole complex houses the Casa Manila office and botique shops, specializing in books, antiques and art. The atrium of Casa Manila can be used for functions, like wedding receptions.

Casa Blanca, so named because it is whitewashed, Casa Urdaneta and El Hogar are used for offices.

Barrio San Luis was the place where a return to colonial inspired architecture was first seen. Many new constructions in Intramuros have drawn from colonial architecture but not always in an informed, inspired and effective way. Some building that have been given a “colonial look” are The Department of Labor and Employment (DOLE), the Balay Chinoy museum, The Knights of Columbus Headquarters and the reconstructed facade of the Colegio de Santa Rosa.