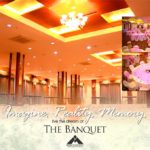 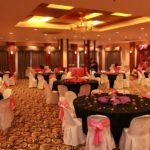 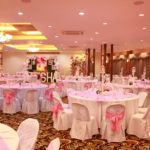 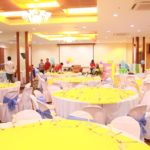 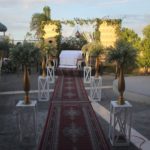 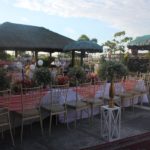 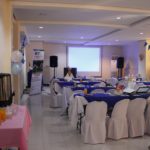 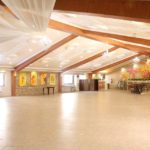 Imerex Plaza Hotel: Romancing the past with style
STANDING in grandeur of the traditional bricks and intricately-designed wrought irons, the iMerex Plaza Hotel is a picture of the glorious Filipino culture with a vestige of modern urban lifestyle.

La-Madrid is the first committee chair of Fiestang Kuliat when the famous festivity started in the early ‘90s. He also became one of the trustees of the Kuliat Foundation Inc.

In an interview, La- Madrid shared the passion and concept behind iMerex Plaza Hotel. As an artist, La-Madrid said that he is very excited and optimistic on the potentials of the Heritage District so he encouraged the owners of the hotel to build a tourist destination that will showcase local culture instead of a dormitory.

“We want to promote culture and create a synergy. We are promoting Angeles City as a wedding destination and we want to showcase the whole heritage district,” La- Madrid said.

La-Madrid said that iMerex Plaza Hotel embodies the richness of Filipino culture, but at the same time caters to the sensitivity of the contemporary clientele. The hotel has its own Italian restaurant – the Bel Posto Ristorante — which serves authentic Italian pizza, freshly baked breads, brewed coffee of your choice and the delectable Italian ice cream – Gelato, all creations by Chef Tiziano Cavallini. It also serves the 4 Formaggi or four Italian cheeses, Spaghetti Aglio Olio Peperoncino, Carbonara di Pesce (Greek receipe) and the Pan Pizza Bel Post, a perfect ensemble of tomato, mozzarella, arugula parma and ham.

According to La- Madrid, the hotel is just one of the projects of the International Mercado Exchange (iMerex), a cargo and shipping company owned by brothers Ric and Mark Mercado. Mark Mercado said that their company started as a remittance service in 1996. As former overseas Filipino workers in the Kingdom of Saudi Arabia, Mercado said they have been shipping personal effects of OFWs in the Middle East and United States since iMerex became a cargo company in 2002. In 2004, they went full blast packaging, shipping and delivering (door-to-door) packages of OFWs nationwide. The company works on an average of 300 40-footer container vans per year.

Mercado said he always look back on their humble beginnings. The Mercados are native Kapampangans from Concepcion, Tarlac. Clad in a simple T-shirt and pair of jeans, Mercado speaks of modesty and subtleness. He said that he believes in the old adage that “you reap what you sow.”

Meanwhile, La-Madrid also revealed their plan to restore the Narciso Heritage House in front of the hotel along Miranda Street. He said the house will be transformed into Bale Matua, a restaurant that will serve authentic- Kapampangan cuisine. The ground floor will be designated as the dining hall while the second floor will be restored as a function room that could accommodate 250 people. The project will have a second phase, a separate but adjacent building to Bale Matua which will be used as a ballroom. La-Madrid added that the patio or small park in front of Bale Matua will be a venue for cultural and arts activities. It will also be developed as a “Walk of Fame” for officials of Angeles City, he added. “We will call it the Plaza Mercado. By June 12 next year, we will launch the longest art exhibit in time with Araw ng Kalayaan,” La-Madrid said. (by MZA)